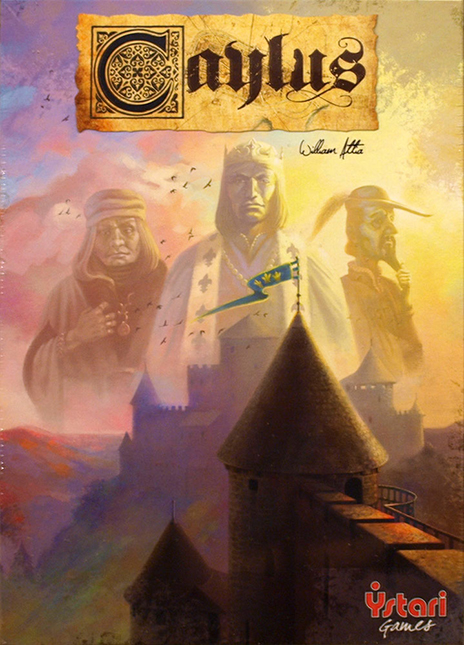 Caylus is a strategy oriented, German-style board game designed by William Attia and independently published in 2005 by Ystari in France and England, and Rio Grande Games in North America. Caylus has a mix of building, producing, planning, and bargaining - without direct conflict or dice-rolling mechanics.
An iOS version of Caylus that can be played on the iPhone and iPad was launched on January 16, 2012.
A card-game version, Caylus Magna Carta, was published in 2007, as well as a limited premium version of the game, with redesigned medieval-styled artwork and metallic coins.
This description uses material from the Wikipedia article Caylus which is released under the Creative Commons Attribution-Share-Alike License 3.0.